Almost every week, I find an open stage event and play a few songs. Every Sunday night, the love of my life asks me “What is your plan for music this week?”

She was on Twitter on one of the first days that COVID-19 drove all of us inside, and saw that someone who had a house concert planned had broadcast it over social media instead of having everyone in their home – so she suggested that I should do that since all my usual musical haunts had been cancelled. It took me about 24 hours to agree that, yes, this is what I should do.

This meant that I had to decide where to broadcast, and then learn how. I did a pile of YouTube videos when my kids were younger, but have never done anything live. I read some blogs and tried some stuff.

Since I’m of a certain age, Facebook is still my main social medium – although I have been known to make some smartass comments on Twitter (that’s what it’s for, right?) – so Facebook Live it is. I decided that none of the built-in cameras on any of my devices were good enough, and I already had a kickass USB mic, so I ordered a half-decent webcam online.

A couple days before the event was scheduled, I tried it out with a “private event”. The camera worked well, but the mic kept doing this nasty buzz. No matter what I did, Buzz would not leave the room. Since I was still wanting to get in some practice, I decided to stop screwing around and just plan to do it on my iPad with all of it’s built-in hardware. The final quality turned out okay. Maybe next time I’ll be able to get the fancier hardware involved.

… and yes, the last thing you hear from me is “Okay, how in the hell do I stop this thing?”

The first time I played on stage was in an electric blues band with some buddies back in 1994. That was actually pretty easy. None of them knew the music very well, so in the beginning, they just did as they were told. And it’s really not hard to get up on a stage when you have your best friends up there with you.

Of course, they eventually started having ideas of their own, so that was problematic. Even before that started, it irritated me that we always had to play the songs as we practiced them; there was no room for changing things on the fly, because nobody other than me had any idea it was about to happen.

A few years ago – after a couple decades of just playing music at home – I had the opportunity to join a band as a “mandolin slinger” to add some tasty leads and make the other folk sound nice. I basically had no input on what songs were played, so I assumed I would enjoy sitting back and noodling along. Wrong again. It annoyed me that they weren’t doing things the way I thought they should.

Then more recently, I thought I’d start a duo, where we’d be two people with equal control. At our first practice, the other guy offered up some suggestions of songs we could do. I’d also been doing a lot of solo playing at this point, so this sudden input gave me a twinge of “Oh? He gets to pick too?” (Because I’m an egocentric bastard.) it also turned out that I really didn’t have time to put together an act with someone else, so I called that quits.

And here we are. I had done a lot of open stages, but I was very nervous about doing a full set of just me. As I often like to say, “That’s a lotta Paul.”

But, dude, the freedom!

Each song is a living, breathing organism that I can change on the fly. I can play it faster, slower, I can add more instrumental breaks, or remove them all. It all comes down to my mood at that particular time.

Often when I’m doing a song, I’ll totally stop playing the instrument and sing an a capella line. Other times, I’ll stop singing and let the instrument finish the line for me. It’s a fluid conversation between voice and instrument, and it’s all about feel.

There are a lot of bands that can pull this off, but it’s just easier on my own. When I’m feeling glib, I’ll tell people that I play solo because I’ve figured out that some musicians are arseholes.

In my more reflective times, I’ll wonder if I’m the arsehole. Obviously, that can’t be right.

At my last show, I had a few people asking about the banjo I play. When most think of the banjo, they think of the five-string variation – and of bluegrass picking. My banjo has four strings and an odd metal body (most are wood), so I often refer to it as my “steampunk Irish banjo”.

Let’s get you there with a little history.

The banjo started out as a fretless instrument with a skin stretched over a gourd. It’s earliest origins are traced back to Africa, with the one short string where the bass string is on most stringed instruments. That short, higher-toned string was often used as a drone, giving the banjo – and the music played on it – a unique sound.

When Africans were kidnapped from their homes to be enslaved in North America, the banjo also made the journey, and eventually made its way to the Appalachian mountains, where it was adopted as an instrument of choice for old-time music.

In the late 1800s, the banjo actually became a “parlour” instrument for young, rich women to play classical music, in hopes of attracting a rich husband, if you can imagine such a thing.

Earl Scruggs popularized the five-string banjo – now a fretted instrument – in the earliest forms of bluegrass music, by developing a fast finger-picking method that build on some of those old-time playing styles. This is the banjo style we’re most accustomed to, but is actually the newest style.

Decades before that, as jazz was becoming popular, guitarists hadn’t invented electricity yet, so they were regularly getting drowned out by horns. Banjos – with their brasher tone and volume were seen as the answer, but that drone string was getting in the way for people who wanted to strum with a pick instead of using their fingers.

When a lot of jazz players started doing this, the manufacturers took notice, and began making four-string banjos in a few variations: the plectrum banjo (tuned similar to a five-string), the tenor banjo (tuned like a viola), the banjo uke (tuned like a ukulele), and then the eight-stringed banjolin (basically a mandolin with banjo body).

As the tenor banjo gained popularity here, there were lute players in Ireland with similar problems: They were trying to pick the melodies for jigs and reels, but were often drowned out by accordions. Using the tenor banjo with an alternate tuning (same as the mandolin, but an octave lower) combatted the plague of accordions.

Flash forward to 2013 when a ruggedly handsome mandolin player was trying to sing and play folk songs. I was wanting to gig, but was afraid that people would get tired of the high treble on the mandolin for a full set. My brother told me about Irish tuning on the tenor banjo, so I simply had to have one.

I ordered the cheapest tenor banjo I could find, and set it up with Irish tuning. I found the volume a bit much for jamming, so I removed the wooden resonator from the back, leaving this metal beast that’s shaped like a huge cog stolen from some old industrial machinery. The resulting sound growls with just the intensity I didn’t realize I was looking for.

Which of those various historical styles do I play? So far as I know, I don’t really play it like any of them. I think I mostly play like a guitarist who has taught himself mandolin and tenor banjo. Since I’m a solo performer, I use a pick, and I end up mixing chords, melody, and percussion on my banjo to try to vary the accompaniment to my voice.

So endeth the lesson.

All right, y’all. It’s been over four years since I last updated this site, and obviously you’re dying to know what I’ve been up to. Here are the bullet points:

So, yep, that’s pretty much me. I mean, a ton of stuff has happened in my personal life, and with my day job (you didn’t think I was making a living from this, did you?). Some day when I’m in Overshare Mode, maybe I’ll offer up some of those details too; it happens more often than you may think. :-)

Okay, so now this is pretty cool. Just heard from Archy the Cockroach – who was on the same radio show I was last week, also announcing an album release. Turns out we’re numbers 4 and 5 on CKCU’s top 30 albums last week.

Okay, so last night was a lot of fun. I sold some CDs, raffled off some “bootlegs”, sang some songs, and told some stories (some of them were appropriate). Trish (of Red Leaf Music, the organizer of this series) was unable to be there, but sent her associate, Shane. Shane made me feel totally at ease, and just took care of everything (and he’s another banjo player, so he deserves our respect).

There was a decent crowd there for most of the night, and just a nice intimate crowd near the end. It was just a great way to play.

Thanks to everyone who came out! 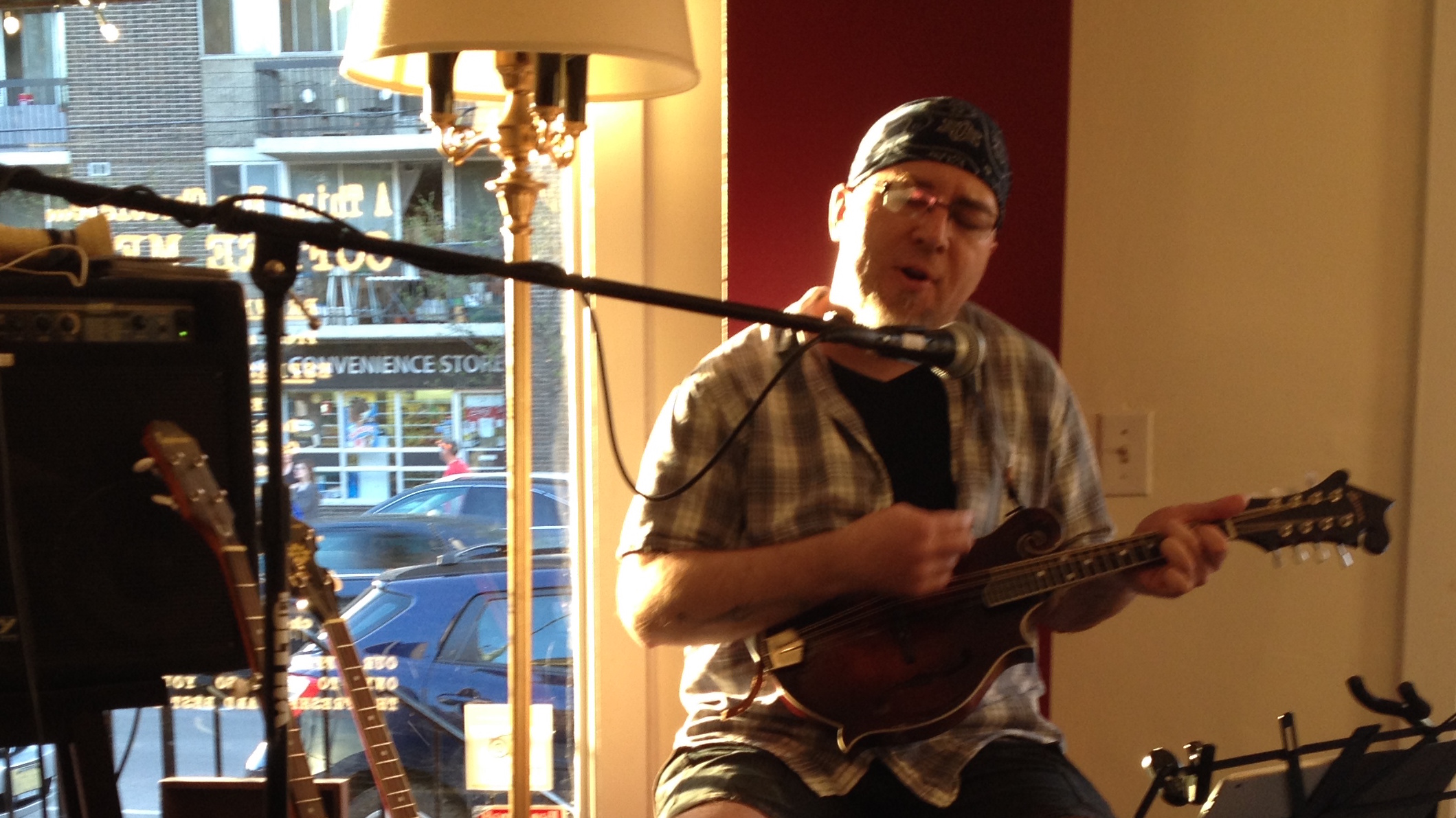 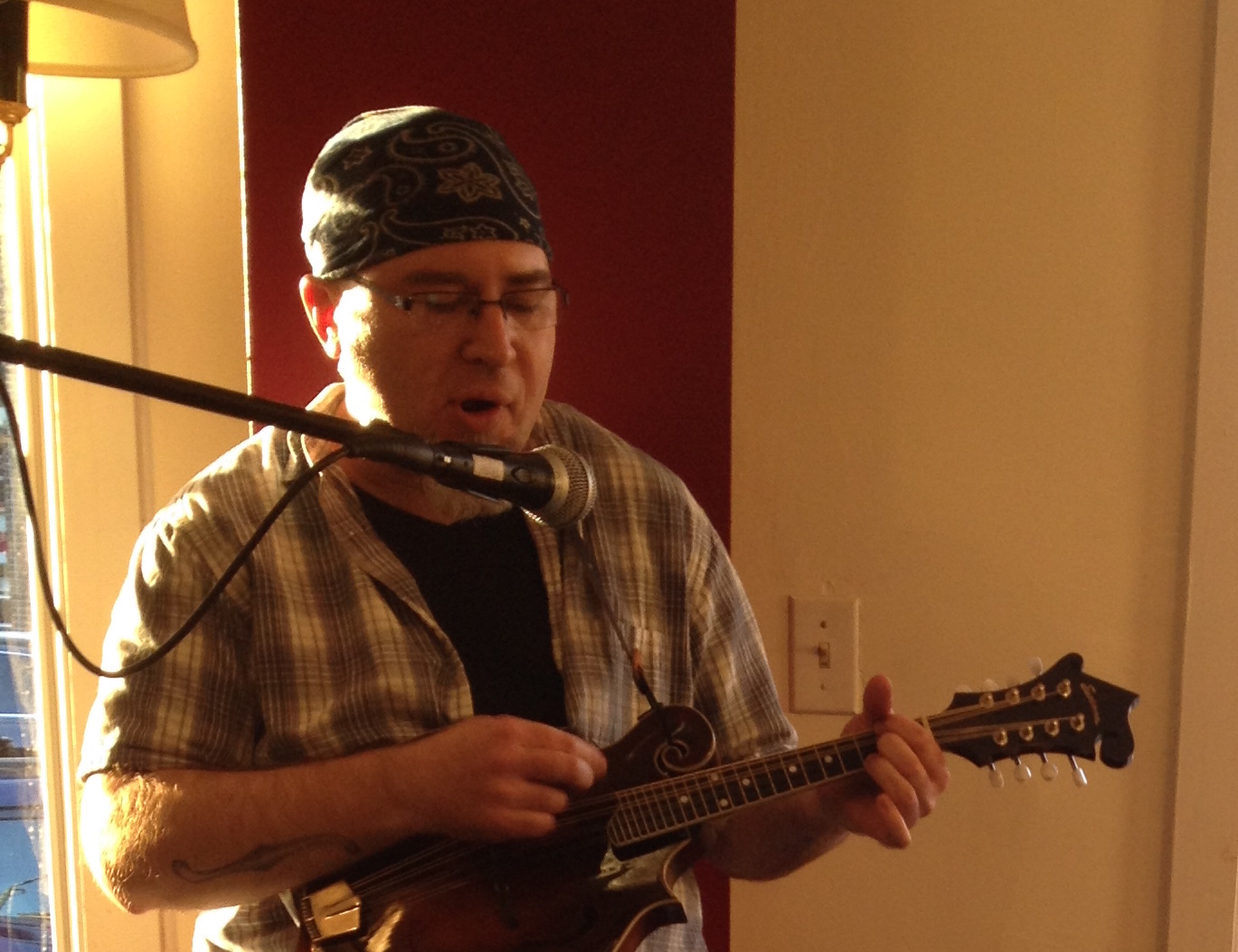 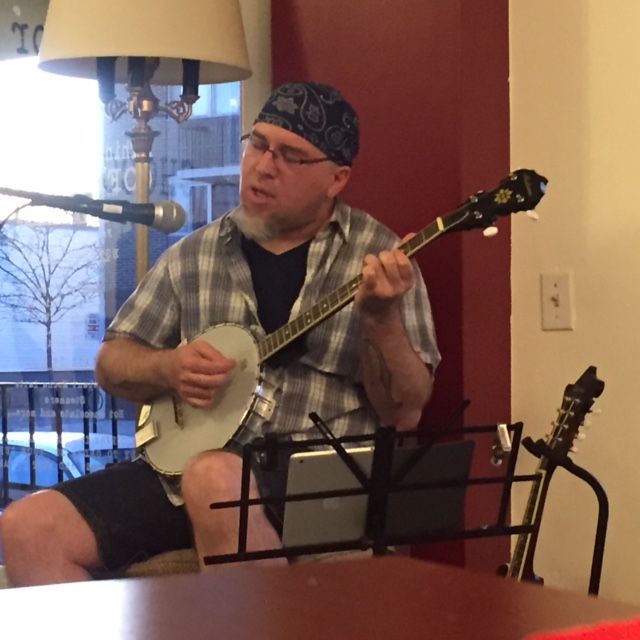